Lush UK is washing its hands of social media. The UK-based bath & body brand has decided to cut the social media chord, shuttering multiple branded accounts across Facebook, Instagram and Twitter. With well over a million followers on those channels, the move is no small thing.

“Increasingly, social media is making it harder and harder for us to talk to each other directly. We are tired of fighting with algorithms, and we do not want to pay to appear in your newsfeed,” the brand posted from their UK accounts.

Above: One of many psychedelic social posts from Lush

Some have praised Lush, calling them brave and predicting that the move is a sign of things to come. With Facebook business page organic reach (the number of followers who see unpaid posts) declining from around 25% in 2011 to 0.5% in 2017, it is harder than ever for brands to gain traction on social without having to pay for exposure. Add to that increasing criticism of social platforms for being lax with privacy and for hosting hateful and divisive content, and you have a formula for disillusionment.

Others have accused the brand of abandonment, comparing them to a petulant kid who, when asked to pay to communicate with fans, takes their ball and goes home.

The move coincides with talk of a mass exodus of regular everyday humans from mainstream social platforms. According to a 2018 study of over 1000 Gen Z (individuals born after 1994) Americans, 64% are taking a break from social media, and 34% are quitting altogether.

In their post about the move, Lush mysteriously hints at an alternative, saying that “This isn’t the end, it’s just the start of something new. #LushCommunity - see you there.” Many are speculating about how the brand plans to bring their fans together, but at Chaordix, we hope their plans are much bigger than a hashtag.

Over the past ten years we have launched online communities for brands like LEGO, Rust-Oleum, Decathlon, American Airlines, Ford and others, but convincing brands that they need their own community has been a struggle at times. The phrase “I can do this on Facebook” has been muttered during a handful of sales calls over the years. It can be deflating to go up against social behemoths, some with over a billion users.

But the move by Lush supports one of our core beliefs: A brand can build a stronger community on their own than on a 3rd party network (especially when that network is filled with advertising, other brands, and news about Donald Trump).

The reason we live by this belief is because we built our platform to support it.

Our platform is a toolkit, and the only limit is the brand’s imagination.

An example of one of our lively communities is Rust-Oleum’s Creator’s Studio, which is filled with over 13,000 DIY fanatics who post photos of their creations, build friendships, and experiment with products and techniques.

The million-strong LEGO Ideas community is another example of a vibrant branded community filled with positivity, creativity and fun. The niche community of AFOLs (Adult Fans of Lego) has collectively come up with over 40K kit ideas using our powerful crowdsourcing tools, and 20+ best-selling products have come out of the community.

What IS in question is whether brands are better off at the whims of mainstream platforms, or whether they are better served by their own communities, where they have control.

By moving away from major social media platforms, Lush is escaping their restrictions, but without an alternative place to build relationships with their fans, share information about products, and facilitate communication, Lush is taking a huge risk.

Whether people want to connect with each other and with the brands they love online is out of the question. The billions of global social media users prove this. What IS in question is whether brands are better off at the whims of mainstream platforms, or whether they are better served by their own communities, where they have control; where they have the power to create for, and with, their community of fans. We are confident that the answer is the latter.

Over the coming months, our communities will start to include functionality that uses AI to uncover trends, personalize content, and analyze sentiment. They will integrate seamlessly with e-commerce and be designed to fit naturally into a brand’s website. They will continue to be brand-centric, member-lead, and niche-focussed.

We will always be on the cutting edge of community software, so that every brand that leaves social media has a place to take their community.

You can bet that the Chaordix team will be heading out to Lush this afternoon to pick up a bar of Honey I Washed The Kids for the office washroom, and getting on the phone with the UK.

Lush, let’s build an awesome online community for the active and deserving #LushCommunity.

Interested in a community of your own? Let's set up a demo. 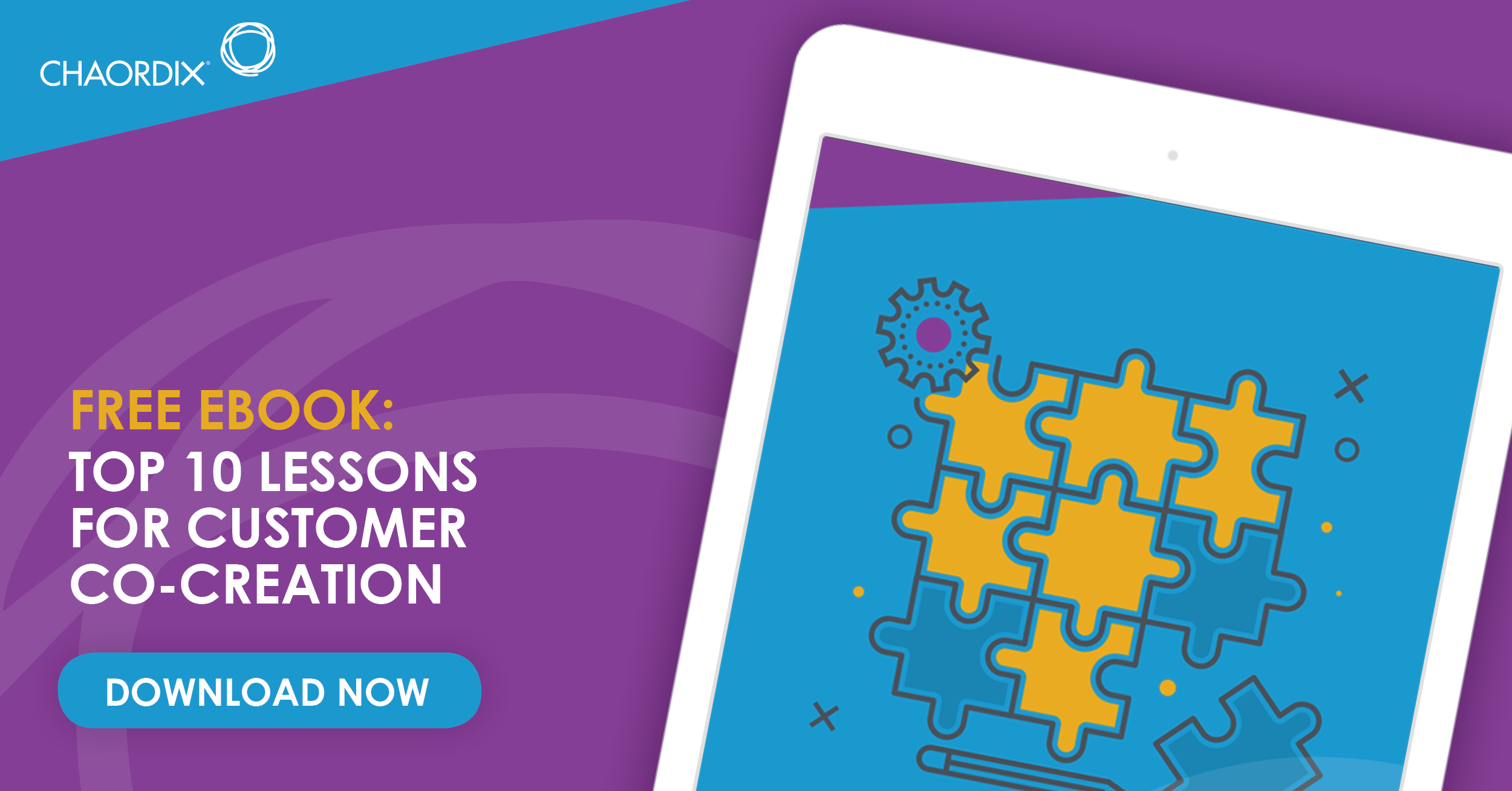 We Are Entering the Golden Age of Consumer Insights