For many organizations considering opening up their innovation process, crowdsourcing is top of mind when seeking public ideas. But what is crowdsourcing, anyway

First, it is useful to determine what crowdsourcing is NOT.

Some have wrongly interpreted crowdsourcing simply as sourcing feedback from the general public. There are two issues with this misconception:

The term “crowdsourcing” was coined by WIRED Editors Mark Robinson and Jeff Howe. Howe first wrote about crowdsourcing in WIRED in June of 2006. On his website, Crowdsourcing.com, Howe says that he has two definitions for Crowdsourcing:

The White Paper Version: Crowdsourcing is the act of taking a job traditionally performed by a designated agent (usually an employee) and outsourcing it to an undefined, generally large group of people in the form of an open call.

The Soundbyte Version: The application of Open Source principles to fields outside of software.

Howe’s article, “The Rise of Crowdsourcing,” is a great snapshot of how crowdsourcing has changed innovation, ideation and how organizations have successfully tapped the crowd for user-generated content. Expanding the idea pool beyond the traditional product/R&D team has transformed entire industries and ways of working. It also shows vastly different applications of crowdsourcing and the types of crowds that these organizations engaged with depending on what they wanted to accomplish.

Related Read: Why the world's top brands use crowdsourced innovation

Which brings us back to what crowdsourcing IS. Crowdsourcing is outsourcing work to a group of volunteers who have interest or expertise in the project presented, whose resulting work can be compensated. It is transactional, and crowds can be limited or expanded as desired.

A closer look at Howe’s article shows that the “undefined, generally large group of people” is not a random group of people (or mob). One great example of this in Howe’s article that is easy to understand is that of the network of scientific ‘solvers’ who find solutions to challenges that would have taken longer to find within a traditional R&D environment. Every solver is compensated for the work that they provide to the organization that outsourced the work.

Crowdsourcing aims to tap into the crowd’s varied intelligence, experience and wisdom. In his book “The Wisdom of Crowds,” the author James Surowiecki argues that together, the collective ideas and decisions of a group can are better compared to those of a single individual.

Read Next: The benefits and limitations of crowdsourcing

Since the term rose to recognition in the mid-2000s, crowdsourcing has expanded in use beyond ideation: from crowdfunding, to crowdlabour, crowdknowledge, crowdcreativity and crowdinnovation. All of these applications recognize the power and the capability of a crowd.

At Chaordix, we have gone beyond crowdsourcing (tapping into the wisdom of the crowd) to leverage the power of the community. Our co-creation software attracts, engages, and transforms a crowd into an engaged community of passionate brand fans, which encourages social participation and collaboration among peers.

Want to know how your organization can take the step from crowdsourcing to co-creation? Check out our guide below. 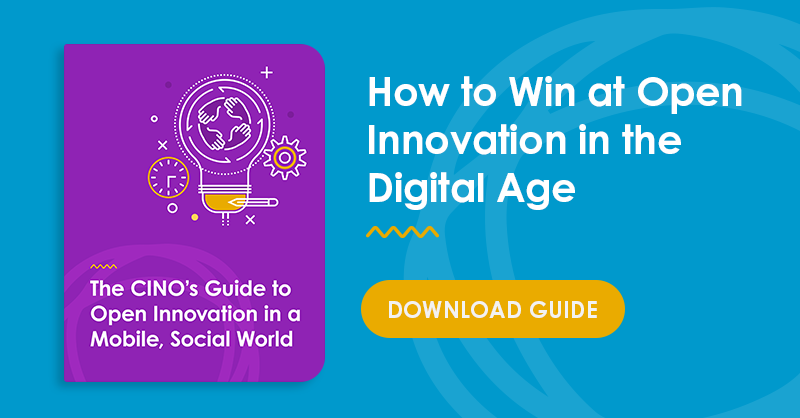 Online Communities and Why You’re Better Off Witho...

We Are Entering the Golden Age of Consumer Insight...

What industries can benefit most from crowdsourced...

Brainstorming 3.0: learning to walk, run, and fly in ideation

The benefits and limitations of crowdsourcing

The LEGO Ideas story: How brands can take a page out of LEGO’s co-creation and innovation playbook  Mar 14, 2018
6 key areas for customer co-creation and brand collaboration Sep 04, 2018
When Community Clicks: The LEGO Ideas Story Oct 17, 2019
5 ways to use design thinking for a better customer experience May 09, 2018
How enterprise brands do it: The best examples of crowdsourced innovation Jul 04, 2018